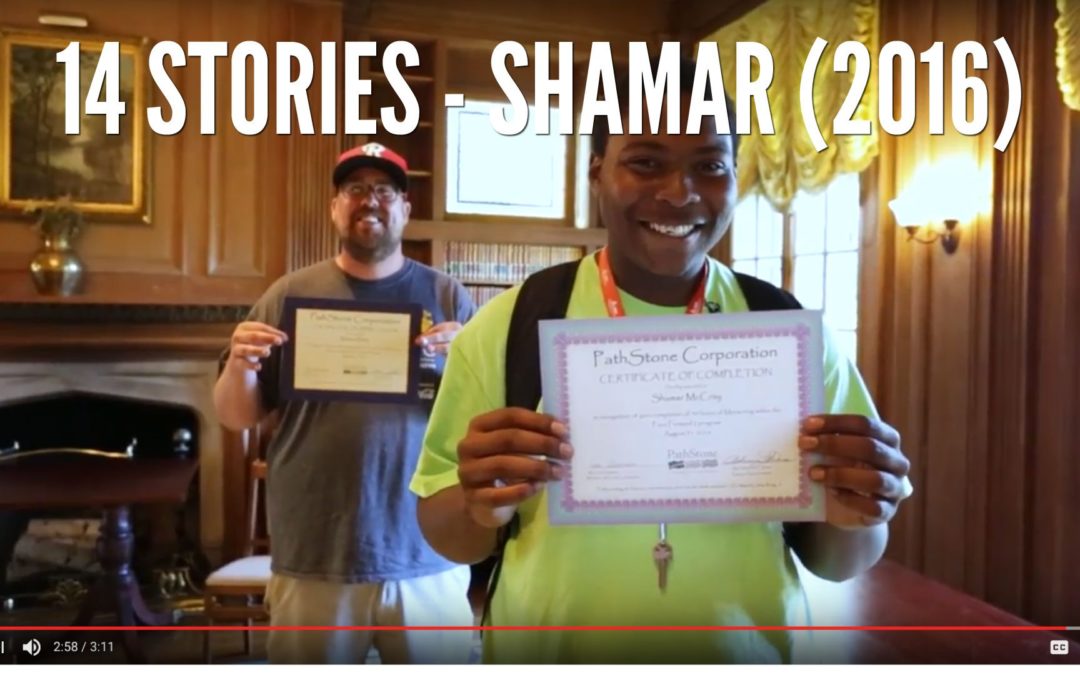 Trigger warning: you can’t watch Greentopia’s “14 Stories” without your heart being touched. This binge-worthy series of short films, posted on our website, profiles the young people who worked in the Green Visions program in 2016.

There’s the young mother who didn’t know what it was like to hang out with other teenagers because she had a baby at 13 and dropped out of school. And the young father of two who finds working with flowers at Green Visions an oasis of peace in his life.  Gardening can be hot, dirty, hard work. But it is also a lifeline of job skills and resume building for youth 18 to 22 living in a city neighborhood suffering from crushing poverty.

“These kids are in situations or circumstances in their lives because of the challenges they face,” said filmmaker Doug Buckley, of Blackbird Son Video Production, who created the “14 Stories” series. “That consumes them, I think.” A job with Green Visions exposes the young workers to life beyond a small radius within Rochester’s northeast side. Green Visions also helps the workers find new ways of dealing with life. “They’re used to conflict – and I know because they said it — that’s their first instinct is to react as if they’re in a conflict,” Buckley said. Side benefits of the program are that flower cultivation is making the soil healthier and the neighborhood more beautiful. Green Visions workers plant, raise and harvest the flowers, which are sold in stores such as Wegmans, Hart’s Local Grocers and the Rochester Public Market.

Seven of the “14 Stories” films are online now, and seven others are due to be uploaded later this spring. Watch and share, please. If you’re so moved, please support these young people or others like them by sponsoring a youth in the Green Visions program. There’s no other job development program like Green Visions in Rochester, providing 20 or more weeks of employment and training, including federal job safety certification.  Watch “14 Stories” and you’ll see that it’s no small achievement for young people in the JOSANA neighborhood to complete the program while dealing with all the survival issues they face.

The stories take you into the hearts and, in one case, the home of the Green Visions workers.  Buckley captured the sometimes bleak facts of their lives as well as their blossoming hopes. “I was really humbled by the fact that they would tell me those things, and tell me how they felt about those events in their lives,” he said.

For example, Tarin, who dropped out of high school in 10th grade, now hopes to go to college to study performing arts. “I can finally feel like I’m involved in something,” he says on camera.

Then there’s Anthony, who goes by the nickname of “Magic.” He shares, “Green Visions keeps me out of a lot of stuff. When I come to work, I get a lot of negative things off my mind.”

And there’s Breanna, who was living in a homeless shelter when she first started with the program. “I didn’t really feel like I had a family until I came to Green Visions,” she says. Now she talks about wanting to own a house and her own business.

We dare you not to be moved.