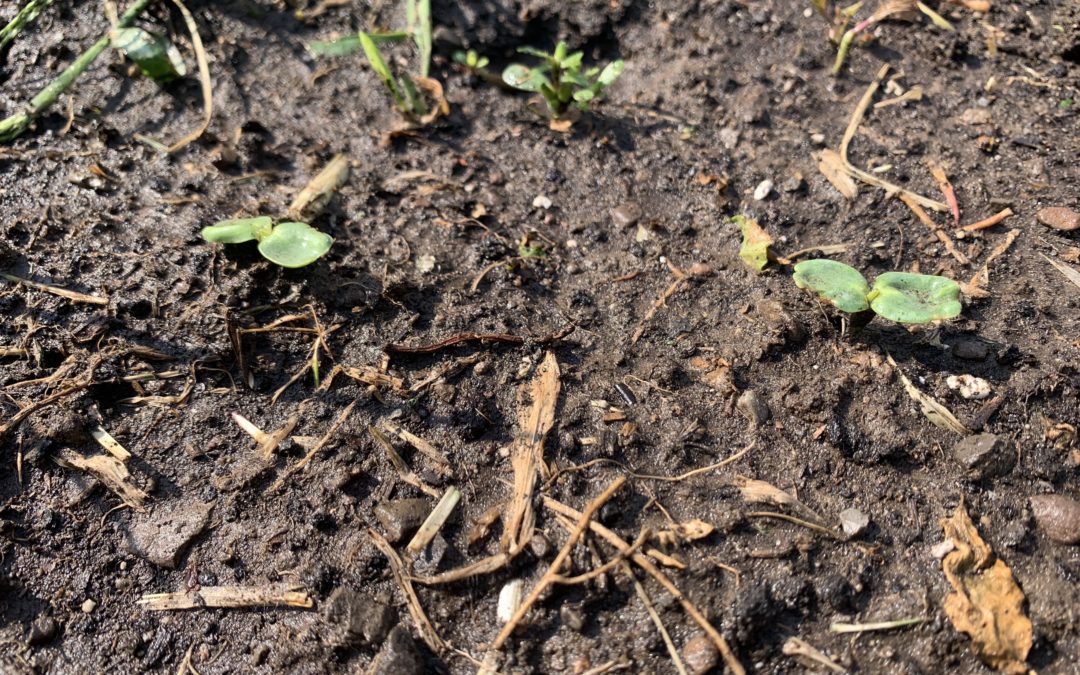 Sunflower sprouts have started to peak through at our Smith Street location! We are so excited to see the start of some new flower growth! 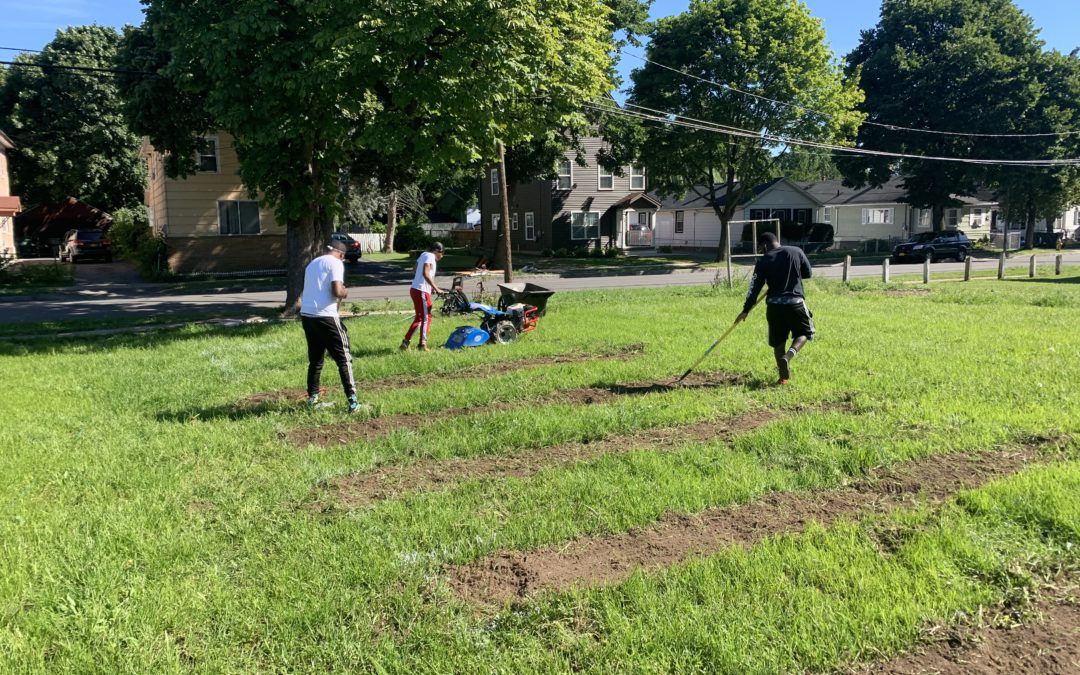 Our Green Visions program is adapting, like us all, to the COVID-19 pandemic. Planting has begun at both our Joseph Ave. and Smith St. gardens! A late but great start! A special thank you to the Nature Conservancy for their continued support of our Joeseph Ave. location and another huge thank you to Harris Seeds for their seed donation and Lucas Green Houses for the space to start these lovely plants. Check out our partners’ Facebook pages here!

Check out some great pics of the work our Green Visions Team has been doing so far!

Again a special thank you to Harris Gardens Lucas Greenhouse and the Nature Conservancy for their amazing help!

It’s been an unusual summer for Green Visions, Greentopia’s job development program. A super-soaked spring and summer, along with some red-tape tangles, delayed the start of the season. Manager Morgan Barry said the Green Visions garden wasn’t tilled until late May, when it’s usually under cultivation by the first week in May. So some plants, notably a major crop of zinnias, are coming in a month late and all at once.

Rather than trying to conduct business as usual in an unusual situation, the program is experimenting a bit. Green Visions is still a job development program for young people 16-22 in the Northwest quadrant of Rochester, one of the poorest sections of a city where half the kids live in poverty. But with expertise growing in the staff and the job-skills participants, the site in the JOSANA Neighborhood can also offer more. A cut-your-own-bouquet event scheduled for Saturday, Aug. 19, for instance. Visitors can walk away with their own cut flowers, or can rely on the expertise of managers Morgan Barry and Tiani Jennings to make a beautiful arrangement.

One such graduate is Frank Graham, 22, who returned this summer to work with Green Visions for a second year. He listed planting, watering, fertilizing, working hard and getting along with people as some of the things he’s learned.

“I’m a workaholic. It’s good, though,” Graham said. At home, his mother doesn’t like him to leave the house. Working with Greentopia gets him out into the sunlight. “It’s better than being in my room, cooped up,” he said.

Ideally, Green Visions graduates will take what they’ve learned over 20 weeks in the growing season and apply it to year-round jobs. Angela Tye, 22, has her sights set on a job in a garden department at a place like Home Depot or Wal-Mart. “I know what to do now. I know what the flowers need, what the plants need,” she said.