THANK YOU! Dinner Off the Bridge

Thanks to you all our Dinner Off the Bridge event was a HUGE success!

A huge thank you to everyone who came out to support our event! All of the proceeds were given to the Green Visions program, employing local youth to maintain our community flower gardens!

A special thanks to The Cub Room for hosting as well, along with Laughing Gull Chocolates, Java’s Cafe, Century Wine & Liquors, and Black Button Distilling for their additions to our meals.

Check out their websites here! 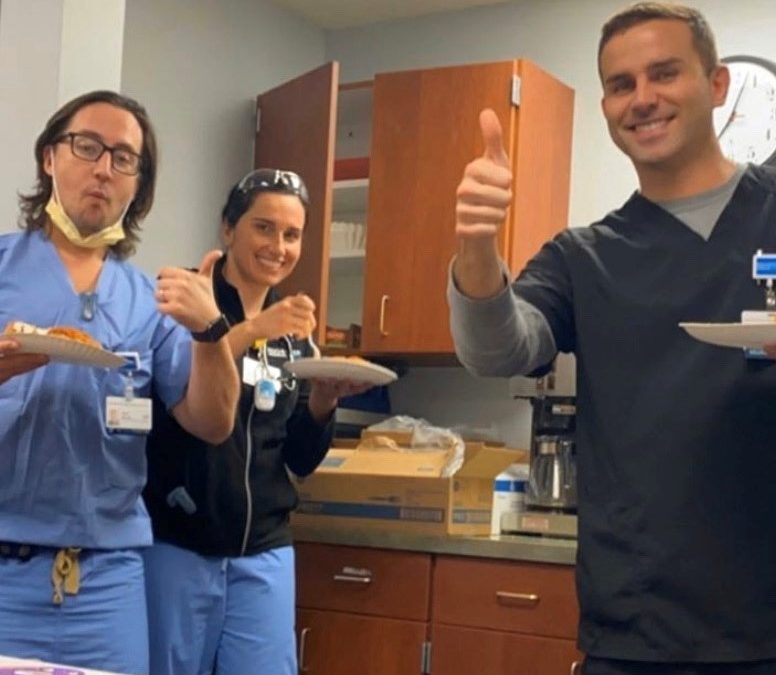 BetheGoodRoc envisions a future where frontline and healthcare workers at any time of a crisis are provided with simple comforts to help make the situation more bearable and maintain a level of normalcy for workers and their families. We do this through the community.

What Can You Do?

As a community, we can pool our resources to support this cause. You can’t deliver a home-cooked meal to a hospital worker, but BetheGoodRoc can!

Greentopia and Be the Good Roc have teamed together to raise donations that will be used to buy meals from local restaurants that go directly to our hospital support staff.

BetheGoodRoc has already coordinated 400 meals from Chicken Out and delivered them to RGH Cardiac ECU.

There’s certainly more to come from this great organization, and Greentopia looks forward to working with them on this needed project.

As the newly appointed Chair of the Board of the Friends of the GardenAerial, I am looking forward to being part of the transformation of the High Falls District. Early settlers were attracted to High Falls because of its power. The power was harnessed to launch Rochester into the industrial age and today we can use its power to launch an urban renaissance.

Our greatest challenge is building the relationships and collaborations that are essential to the success of the GardenAerial project. Creating a public green space that will encompass the perimeter of the Genesee River Gorge and potentially create access to the river is no easy task. It is a group effort.

In the late 19th century, business leaders, philanthropists, humanitarians and public officials began to champion the need for extensive public space. They hired Fredrick Law Olmsted to create a park system and his first recommendation to the Park Commission was to focus on acquiring and developing generous public parks along the Genesee River, the city’s greatest natural resource.

We believe that the GardenAerial project is a logical extension to Olmstead’s vision for a green corridor along the Genesee River. As a community we can do this. We have the talent and resources to get the job done.

Become a member of the GardenAerial

and be part of a movement toward a sustainable resilient Rochester.